The S.P.I.R.I.T. team was dispatched to a mansion in Stockton, CA. The homeowners, the third owners of the home, fled in the middle of the night, leaving many of their belongings and all of their furniture behind. The homeowners had called their realtor and demanded the house be placed on the market immediately, refusing to ever set foot in the house again. They arranged for a mover to come and collect their furniture and belongings in their absence within the week. The family wanted no publicity whatsoever, and did not wish to contact any paranormal teams for fear of any unwanted publicity.

The realtor contacted S.P.I.R.I.T. and asked for an emergency blessing of the home before they would in good conscience place the property on the market. The investigation was accepted on the condition of total anonymity for both the realtor and the homeowners. Any mention of specific locations, or identifying features or photographs has thus been withheld from this article.

On our preliminary walkthrough of the house, Melissa and Wendy both felt a dark oppressive force in the house, watching all of us. K2 and EDDI meters went off consistently in the kitchen, dining room, living room, and the closet in the bedroom at the end of one wing of the house. Large self-illuminated orbs that could be seen with the naked eye showed themselves several times during the investigation. 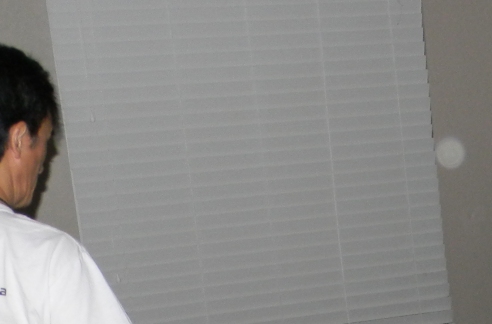 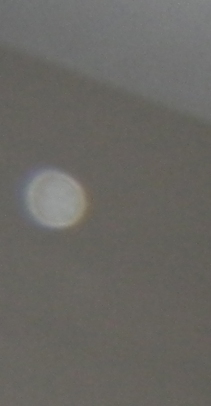 Spirit Box and EVP sessions yielded little evidence; however, we did catch one EVP in the bedroom at the end of the hall (to be discussed in context momentarily).

A thorough survey of the house and back yard by Jon and Brent revealed something very interesting about the location. As is very common in modern subdivisions, most houses in the neighborhood were variations on a basic design and layout. The mansion we investigated was in the middle of and part of such a subdivision, but shared none of the common layout features with other homes in the subdivision. The house had obviously been custom built to very exacting specifications. Revealing specifics of the house’s shape and design could hint at its location, but it is safe to say the overall design of the house revealed an inescapable conclusion that it was built using what is known as sacred geometry.

Sacred geometry is the manipulation of angles and lines to represent meaningful numbers, degrees, or equations in the underlying mathematics of a given design. This house incorporated such a design, causing S.P.I.R.I.T. investigators to strongly suspect a Satanic connection to the property.

In the bedroom at the end of the hall, Brent and Melissa set up a laser grid pointing into the walk-in closet.

At first, little evidence was gathered in this room, deploying the grid, K2 meters, and an SB 11 Spirit Box. Melissa left the room to talk with one of the realtors. During this time, something amazing happened. The entire laser grid began to pulsate in direct response to Brent’s questions. This was captured on video.

This should be impossible. Not only were fresh batteries installed in the grid emitter immediately prior to the experiment, but the laser grid is not designed to pulsate with strong and then waning power. Indeed, this investigation was the only time in 107 investigations that this investigator has ever seen a grid do this. If a laser grid’s batteries were dying, the light produced by the emitter would simply grow dimmer and dimmer like a flashlight with dying batteries – it would not and cannot pulse stronger and weaker when powered by ordinary alkaline batteries, because batteries supply what is known as DC or Direct Current.

However, it did. This constitutes the best paranormal footage incorporating a laser grid that S.P.I.R.I.T. members have ever witnessed.

Immediately following this event, we captured an EVP from the entity in this closet, further validating this extraordinary paranormal evidence. In response to the question “Who opened the portal?” the entity responds with a simple “Portal.”

This was the only time all evening the entity was willing to respond to us verbally.

Due to the suspected nature of the case, the fact that the house itself was built to encourage and invite paranormal activity, and at the client’s request, a full house exorcism was performed. This rare type of cleansing requires an enormous amount of energy and personal risk of spiritual attack on the part of the investigators. The portal in the closet was closed and sealed with holy water from the Grotto at Lourdes, France, tar water, white sage and Palo Santo wood, and red brick dust, some of the most potent cleansing tools available to any paranormal team anywhere. During the cleansing, photographs came out dark and blurry, even with a flash.

The realtors thanked the S.P.I.R.I.T. team, and we packed up and left, exhausted and hoping for the best for this ill-fated house.

As of the writing of this article, 09/30/2017 (just over one year after the investigation) all paranormal activity in the house has ceased. Although still actively trying to sell the house, the family has moved back in and is living there in peace. The family continues to request complete anonymity.